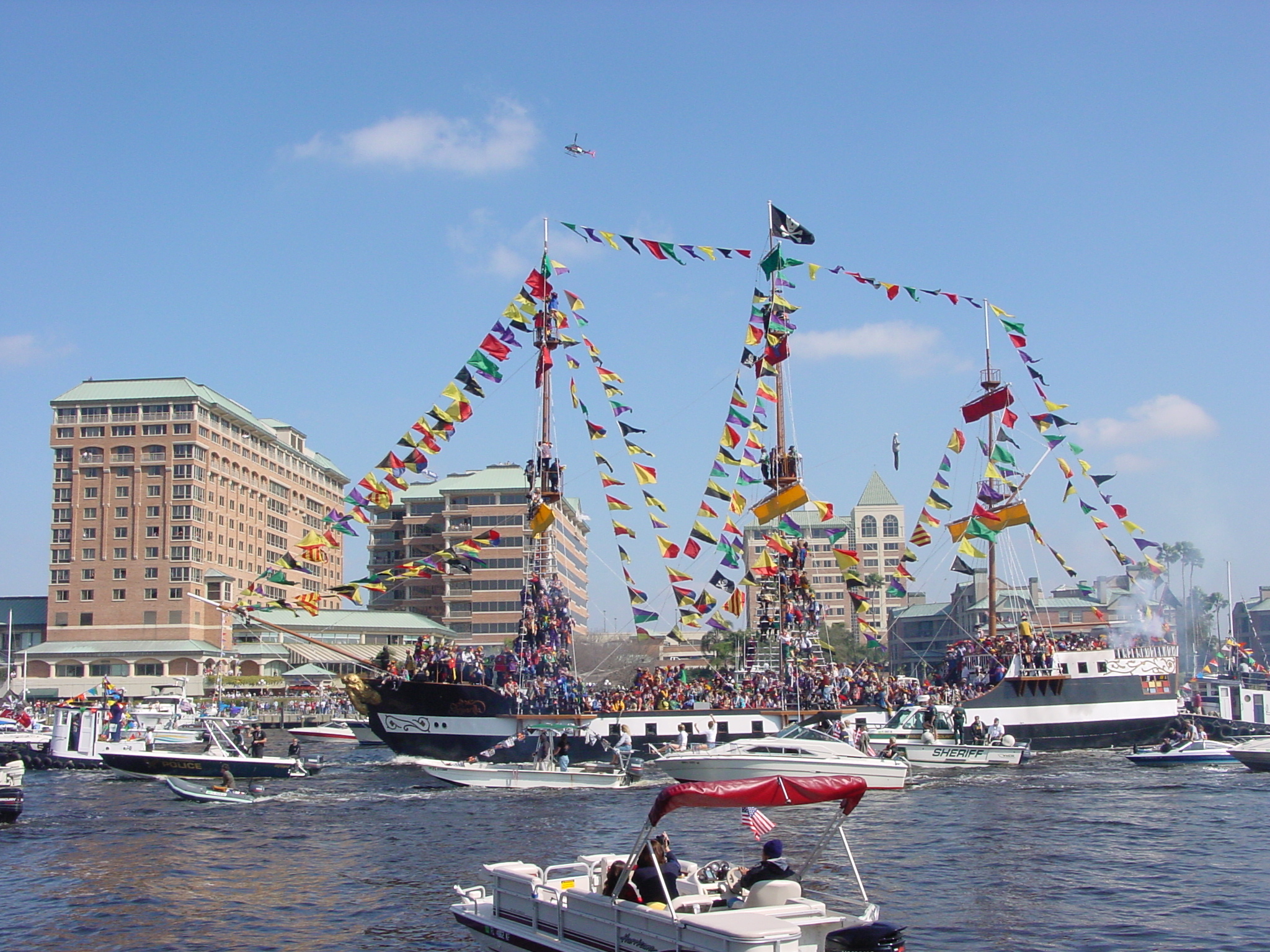 As a kid, the pirates docked and disembarked across the street from my dad's downtown Tampa business. The parade swept by out front. We would stake out our territory along the parade route mentally hurrying the marching bands and dignitary-laden convertibles along, with our sights set on the intermittent pirate floats and the costumed pirates who stumbled, er-walked alongside. As they approached, we'd scream at the pirates for booty. They'd hurl colorful beads in our general direction and jeer as we scrambled on the uneven bricks near the gutters for the treasures. I imagine a few of the more chemically relaxed pirates just aimed at the blurred huddle of shorter figures waving in their direction. Local lore told of the free-flowing ale and spirits on the invading pirate ship and land-based floats to help prime the pirates to action. Regardless, most pirates were in it to benefit charities, so far be it from me to criticize their fun.

It has been years since I've attended the parade. I catch a glimpse of the floats and the crowds on television, but I generally avoid the area on parade day due to the traffic snarls. Oh, and the thought of encountering a fierce pirate and facing his or her wrath is probably a subconscious deterrent as well. But a lifetime of sharing in the Gasparilla hoopla has brought bounty to my writing. SETTING and BACKSTORY are the booty of this local tradition. As I develop my mystery series, set in a fictional area close to Tampa, influences from my childhood make cameo appearances. I am sure the Gasparilla will do so at some point as well. Aarrgh!

So what about you, fellow writers? What personal traditions, settings, or backstory make their way into your writing? And Readers, do you enjoy reading about local traditions in your traditional mysteries? Please leave a comment. Thanks!